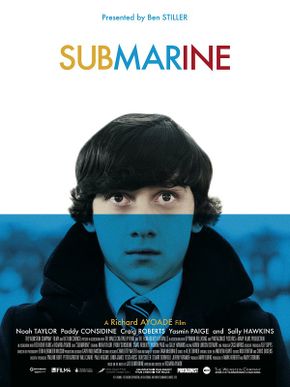 VOSTFR VOSTDE
SD
Rent 48h
2,99 €
This film can not be watched on mobile and tablet.
However you can rent or buy and watch it on a computer.
Cast
Craig Roberts • Sally Hawkins • Yasmin Paige • Noah Taylor • Paddy Considine • Darren Evans • Osian Cai Dulais • Lily McCann
Share
15-year-old Oliver Tate has two objectives: To lose his virginity before his next birthday, and to extinguish the flame between his mother and an ex-lover who has resurfaced in her life. Richard Ayoade's directorial debut.
Pics 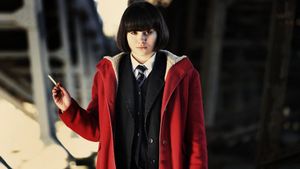 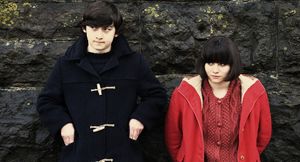 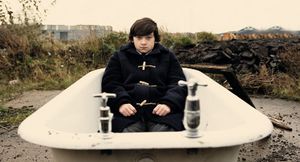 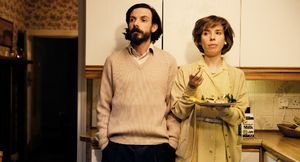 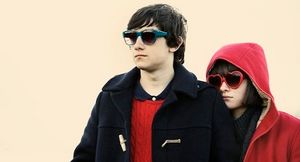 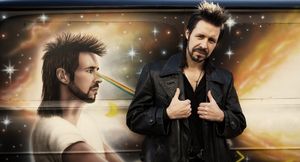 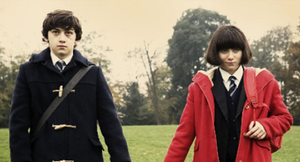 Richard Ayoade probably first came to public attention by appearing in Garth Marenghi's Darkplace, a spoof horror television series by Matthew Holness about a psychogeographically troubled Romford hospital built over the gates of hell. Since then, he has written, directed and acted in TV shows including The Mighty Boosh, Nathan Barley and The IT Crowd, and also directed an Arctic Monkeys video. But nothing in his CV prepared me for the confidence and panache of the debut movie feature now being sprung on us.

It's a dark coming-of-age comedy about a lovelorn teenage boy in 1980s Swansea, written and directed by Ayoade, adapted from a novel by Joe Dunthorne, and executive produced by Ben Stiller, who appears in a subliminal cameo. Ayoade's film has absorbed the influences of Wes Anderson and Michel Gondry in its deadpan ironies and block capital sans-serif titles, but it's still really personal and confident. For sheer technique, Ayoade can hardly be faulted, though introducing characters in freezeframe/voiceover is getting to be a cliche. His film is shaped with flair, coolly allowing us to enjoy its unrealities and to savour the suspicion that a thirtysomething's sophistication and cinephilia have been sneakily backdated into a teenager's life to offset his emotional vulnerability: a protective nostalgia.

I never found Submarine moving exactly, despite the heavily signposted sadness and loneliness of every single major character; it runs essentially in a comedy groove and is a knight's move away from any emotional reality. For me, this somehow dissolves any potential lump in the throat. But it is touching, sweet and, most importantly, very funny. Watching it, I got exactly the same exhilarated feeling as with Edgar Wright's Shaun of the Dead: someone very talented at comedy had been allowed to take the helm of a British feature film and do precisely what he wanted to.

The star is Craig Roberts, playing Oliver Tate, a duffelcoat-wearing loner at school who doesn't hesitate to join in the bullying of an overweight girl whom he had secretly got off with at last term's wild-west-themed disco. This he does in order to impress Jordana, played by Yasmin Paige, who wears a faintly disturbing red coat (Ayoade may or may not have in mind Don't Look Now). She has a bullying streak and mild pyromania issues – in moments of intimacy, she likes to singe a boy's leg hairs with a lighted match. They get together, and the resulting placidity and comfort settles them both. But there are complications. Oliver's parents Lloyd (Noah Taylor) and Jill (Sally Hawkins) are experiencing a marital crisis triggered by the appearance of Jill's old flame Graham (Paddy Considine), a dynamic new age self-help guru who runs seminars and sells motivational videos about one's colour-aura. Jordana's mother Jude (Melanie Walters) is also seriously ill.

When the illness of Jordana's mother becomes grave, Oliver reads a child-psychology book about the importance of pets and how their death introduces children to the grieving process – so he makes an appallingly misjudged attempt to poison Jordana's dog in order to soften the blow of her mother's imminent demise. Like his mum's handjob confession, this is not credible, strictly speaking, but it is funny. Yet having succumbed almost to a breakdown over the Christmas lunch, Jordana's dad Brynn (Sion Tudor Owen) tearfully, brusquely demands that Owen think of himself as a member of their family. That is one moment that is genuinely moving.

For some, this movie will have a Marmitey taste: it will divide opinion. Arguably, it's a bit too cool for school sometimes, and it is self-conscious. But these are byproducts of its undoubted confidence at carrying off a visually distinctive, witty, autobiographical comedy. As for Ayoade, there's clearly a big future payday for him in Hollywood, if he wants it, but I can't help hoping he develops in depth and scope here, as a tremendous new voice in British film.